Well what do you know, it’s October. At this rate we’ll be heading to the airport in about ten minutes. Speaking of which my niece and her fiancée have done exactly that this morning as they head to WDW for their long-awaited holiday.

Have a great time Sarah and Tom!

However, not one moment of last week was spent planning due to the great inconvenience of having to work. Now, when I say there was no planning, that only means that I didn’t at any point sit down in front of a spreadsheet and the internet and formally plan stuff to do. Of course. subconscious planning happens at all times. For example, in the middle of some very tedious work related stuff, it popped into my head that Sanaa wasn’t currently on our plan. This is a grave issue. We love Sanaa, specifically the bread service, but as it stands there is simply no room for it unless we sacrifice something else.

To be honest my thinking is that for Tom’s first time and with a small child at the table, Whispering Canyon and 50’s Prime Time feel more relevant and suitable. There will other times for Sanaa.

Even though we will be flying out in August, as WDW tend to do, by the time we get there Halloween will be in full swing. We are very used to the parks transforming into an autumnal pumpkin fest towards the end of our previous August holidays. In the past we’ve been pretty much on our last day when this happens, but next year we’ll be just arriving. As such, I suspect MNSSHP will be happening. For anyone not in the WDW nutter club, that stands for Mickey’s Not So Scary Halloween Party. We’ve never done this so it makes sense that we take the chance to do so. 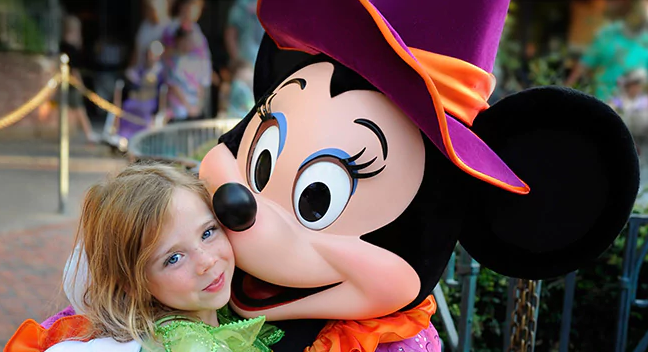 Being in about three thousand WDW related groups on Facebook means that I am bound to get some mixed reviews of this event. For anyone who has done it, would you say it is worthwhile? My gut feel is yes for two main reasons.

The tickets this year seem to start at around $74 each. That seems OK to be honest. In fact, in candy alone, Tom will break us even in the first hour.

If we go, then I don’t know if we’ll dress up. Again, any feedback on whether that is worth it or not would be welcome.

This time last week I said I had 20,000 words of the second book done. Well, this week I have a few less. Still that’s progress. I found about half an hour to open it and read some of it. This resulted in me editing out some words. So in this case I suppose less really is more. Having not looked at it for so long it was weird. It was like reading something that somebody else had written.

So not the most productive of weeks, outside of the stuff I am actually paid to do.

Louise is working again this weekend. It really isn’t fair. That means I have to do all the washing and tidying up. It really is rather inconsiderate of her. She knows I’m always a bit tired after gigging and Crumpsall lies in tatters this morning after Mustard blew it to pieces last night. She can make it up to me when she gets home later after eight days at work.

Right, I have to go, Liverpool are on TV shortly…erm, I mean I have lots of housework to do.